All About Our Company

In 1999, two Marine Corps Veterans named Malcolm Gibson and Sean P. Harmon, shared a vision of starting a company that would combine Malcolm’s 30 years in the construction industry with Sean’s expertise in operations and business management.

Its first years in business, ESA developed its construction program with small private and commercial projects for the University of West Florida and Santa Rosa Medical Center, as well as specializing in applying industrial coatings on high rise condominiums along the Gulf Coast. The waterproofing industry occasionally provided the company with the opportunity to be a subcontractor on federal projects where ESA performed at local DOD installations such as NAS Pensacola and Eglin AFB.

As ESA South focused on the construction market, fate pulled the company in a new direction in 2004 and 2005. Hurricanes Ivan, Charlie, Wilma, and Katrina devastated the Gulf Coast and ESA South had the privilege to provide disaster relief services with the US Army Corps of Engineers. Since those days, ESA South has continued to focus its efforts on offering a quick response in the event of natural or man-made disasters. ESA has continued its support of the USACE Blue Roof program, having participated in Hurricane Irma in 2017 and Laura/Delta in 2019. In total, having worked on six storms, ESA has installed “Blue Roofs” on approximately 36,000 homes.

The years following those first hurricanes brought ESA South a new vision as Sean and Malcolm decided to redirect their focus from commercial and institutional work to primarily pursuing contracts with the Federal Government. ESA obtained its CVE Verification for SDVOSB status. Not long after ESA began performing projects with the Department of Veterans Affairs in both the Midwest and the Southeast United States. These projects served as the foundation of ESA’s business model and we began a track record of successful performance on Federal Health Care and Department of Defense construction projects.

In recent years, ESA South has focused on building its geographic reach and loyal client base. Although ESA’s daily operations consist of providing Construction and Project Management services for our Federal Government clients, we are always maintaining a state of readiness in the event that a natural or man-made disaster strikes. ESA South has distinguished itself in the industry with its ability to immediately respond to the needs of our clients during both Disaster Recovery and General Construction
projects. We’re a Customer Service organization at heart, but disaster relief is ingrained in our culture. Utilization of our Management Plans for Resource Management, Technical Approach, Geographic Area Management, Quality Control, Site Safety and Environmental provide the structure necessary to ensure successful operations. We Strive for Customer Loyalty and we Thrive on Chaos!

Many companies make the decision to stay small. In 2019, Sean and Malcolm set the goal of ESA becoming a sustainable $100M/yr company, which means breaking the size standard for the 236220 NAICS code. When this takes place, ESA will no longer be considered an SDVOSB and qualify for set aside contracts. This plan was delayed with the onset of the COVID pandemic but as of now we are on track to break through the size standard for 2023. We are continually working at refining our processes and procedures to continue delivering our high quality of services even on larger sized projects. Similarly Similarly, ESA has been investing in growth by adding qualified staff and investing in the training and development of existing employees. We are looking forward to the next evolution of the company. 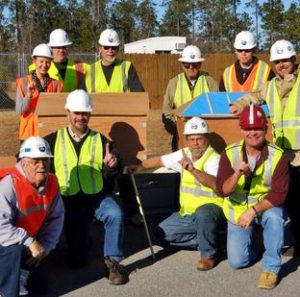 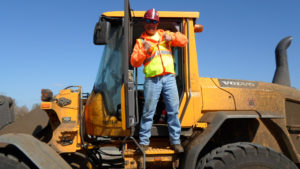 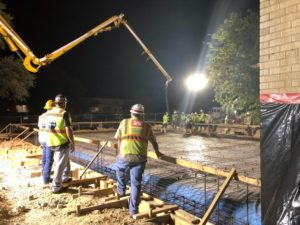 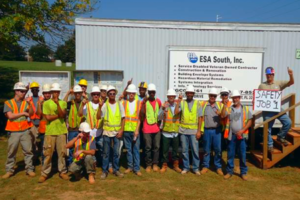 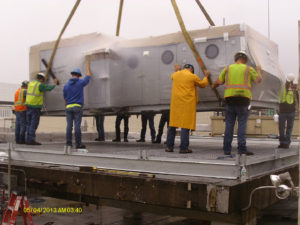